The promise and hidden peril of the frozen food market 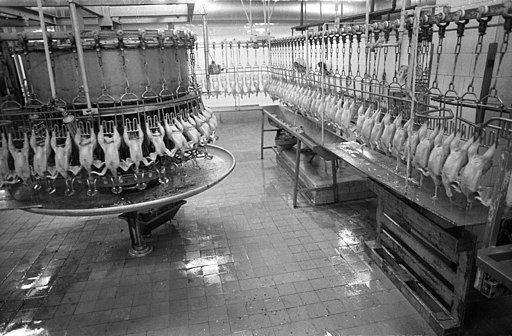 In case you haven’t noticed, frozen food is very popular these days. But even before the coronavirus pandemic, demand for frozen food was high — and growing.

Two years ago, the National Frozen & Refrigerated Foods Association reported that more than a third of grocery shoppers in the U.S. had bought more frozen foods than they had the year before — and that, after years of growth, it expected to see more years of growth. Grand View Research examined the numbers, and last year predicted an annual growth rate of 4.3% for the next six years — which would make the global frozen food market worth $375 billion by 2025. What’s driving this staggering growth? Two factors: in the U.S., Millennials, seeking foods both healthy and convenient, have focused on the frozen aisle. In the rest of the world, particularly China and India, demand for frozen food is rising concurrently with population.

And then a pandemic came along, and pushed demand or frozen foods even higher.

But meeting that demand, at least for frozen food manufacturers, is not so simple. Upping supply means ramping up every step of an intertwined process: production, cooking, packaging, shipping, storage — and freezing. Across the frozen food industry, that last part is a chokepoint, because the predominant cooling technology, called vapor compression, is fundamentally rigid, i.e. inherently unable to ramp up. Whether in batch freezers or spiral freezers, vapor compression cooling systems are designed to accommodate a specific cooling load, and perform poorly — no, terribly! — when overloaded.

What exactly do I mean by “poorly”? Two things: first, an overloaded VC system takes longer to cool — which makes any attempt to ramp up production self-defeating. (In batch freezers and continuous freezers, different scenarios play out, but they have the same consequences. During the first quarter of a blast-freeze cycle, overworked engine-room compressors cause rising air temperatures that increase freeze times. In spiral and tunnel freezers, moist air flow causes frost build up on evaporator coils, which ruins heat transfer and increases freeze times.) And this slower cooling has a secondary consequence: it increases the risk that food-borne pathogens will propagate, which increases health risks to consumers and financial risks, in the form of food recalls, to frozen food manufacturers.

Recalls, obviously, impose huge costs on brands. According to a Harris Interactive poll, when Brand X issues a recall, 55% of its consumers temporarily turn to a different brand, and 15% of its consumers do so permanently. Consequently, (according to a joint study by the Food Marketing Institute and the Grocery Manufacturers Association) every recall imposes an average direct cost of $10 million. This makes recalls devastating to large companies and potentially ruinous to small ones.

So how can companies minimize exposure to such risk? By ensuring that their freezers freeze food thoroughly, and freeze it fast. For a hundred years, we’ve called it flash-freezing because it’s supposed to happen in a flash – not “a while.” At temperatures between 40°F and 140°F, populations of bacteria like Listeria and Salmonella and E. coli double in 20 minutes. That’s why the USDA considers it the danger zone. The safe zone, meanwhile, is below 0°F. The faster fruits, vegetables, meats, fish, poultry, or any other foods are frozen below 0°F, the lower the probability that such foods will succumb to a pathogen-based food recall.

So what, in a climate of increased recalls and increased demand, is a savvy company to do?

Rebound’s IcePoint system, unlike any other cooling product on the market, delivers bursts of cooling and moisture management, immediately accommodating growth while insuring against food safety recalls. Put another way: whether you see your company as forward-thinking or prudent, investing in an IcePoint cooling system makes sense.

As they say in changing times: for those who can adapt, opportunity awaits….

*In Part Two (coming soon) of Rebound’s food safety insights, learn how IcePoint is redefining what’s possible for a cooling system to achieve.