At Rebound, we recently had the honor of presenting at ATMOsphere America, the largest natural refrigerant conference in the United States. This was a great opportunity to introduce ourselves to some of the biggest names in refrigeration: Danfoss, Hillpheonix, Emerson, and Zero Zone were just a few of the companies we talked to about IcePoint™. Overall, it was a great experience!

One aspect of the conference really caught our attention: the lack of young people. To illustrate this point, I want to take a slight detour. About a month ago Kevin and I were on the phone with a Director from one of the aforementioned large refrigeration companies. That company had recently visited our lab and this individual wanted to know more about what we were doing. One comment he made really stood out: “What is surprising to me is that you all are doing this and your are not even 50!” What he was getting at was not something neither Kevin nor I had given a lot of thought to, as we tend to surround ourselves with startup entrepreneurs working in other industries: Refrigeration is an industry dominated by engineers with 30+ years in the sector.

Now, fast forward to the conference, this truth could not have been more self-evident. What is more, a lot of folks were openly acknowledging the problem. During one section, the head of training at Hillpheonix lamented that we “Needed to think of ways to get the kids engaged”. An audience member interjected that all students wanted to work on these days was apps while another opined: “Millennials just want instant gratification”. The moderator of the panel, sensing the frustration in the room, cut in with a longer list of reasons why young people were not getting involved and moved the discussion onto another topic. However, one statement he said prior really popped: “Millennials want to be part of something impactful.”

As a Millennial myself (I actually had to look it up to make sure), I found all this really interesting, but especially the moderators final comment. I think this is 100% correct. Millennials are obsessed with impact. Even Fast Company says so! (http://www.fastcompany.com/3046989/what-millennial-employees-really-want) The reason I started Rebound was to do something impactful.

So why are we some of the select few working in the refrigeration space? I think one possible explanation is that refrigeration is an old game where students and young people don’t see how they can have an impact. It’s no real surprise when you think about the media attention given to some technologies out there. For example, have you heard of Nest, Tesla Motors, Vestas, and SunPower? How about Carnot Refrigeration, Advansor, and Carel? My guess is you knew most of the first list and none of the second. Those three companies (well Advansor is a product line owned by Hillpheonix, but you get it) are all promoting breakthrough technologies in refrigeration that have the potential to dramatically impact our carbon output.

Just how much? After all, the reason the companies in the first list get so much traction is because they are going to have the biggest impact right? Well get ready for one number that will blow your mind. New refrigeration technology is 5 to 45X more impactful than wind, solar, IOT, and electric cars.

Let’s see how I got those numbers. What I am reporting here is carbon impact over capital cost. So, let’s say we lived in a world where we only had a certain amount of money to buy technology. In this perfect world, let’s call it “the real world”, we wanted to have the biggest impact on climate change we could with the limited amount of money we had. We would, if we were smart, go out and find the technology that we can change to give us the biggest impact at the lowest cost. Here are the results: 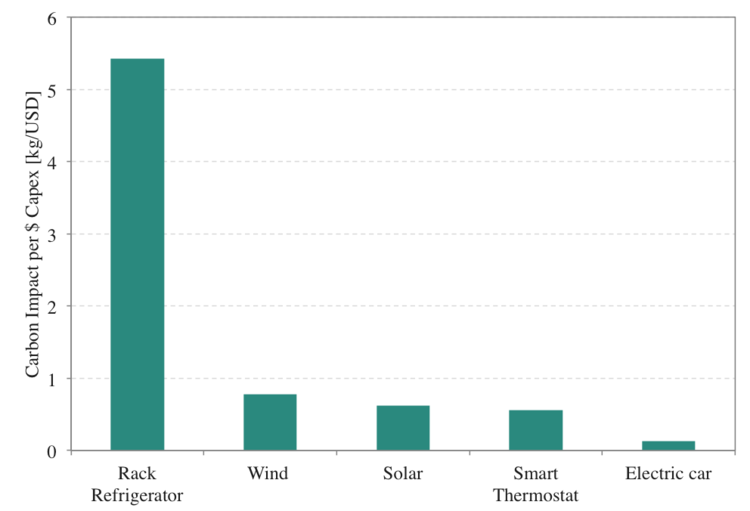 Figure1: Carbon impact / capex calculated using public numbers. If you don’t believe the numbers, calculate them yourself using the sources at the bottom!

Why is refrigeration so impactful? The reason is the HUGE climate impact of refrigerants. These chemicals are 2000-4000X worse global warming agents than CO2 so when they leak, the EPA says the leak rate is 25% a year, they have a much bigger impact than the electricity the system is consuming. The other side of the coin is that refrigeration equipment just isn’t that expensive.

Other technologies that only focus on using electricity more efficiency don’t have the impact while generators like wind and solar are too expensive. Refrigeration is the best of both worlds.

This value should be alarming. It should floor you. It should make you quit your job at Tesla and start working at a “boring” refrigeration company. You should push back your chair, ride your bike to your local grocery store and tell them you will happily pay more for ice cream if they install a natural refrigerant system. Then you should ride home, sell your Nest on craigslist, crank up your AC, and smugly cross your arms while thinking “Damn, I am one smart cookie”.

Regardless of how you react to the value, the point is refrigeration deserves a place in the list of edgy industries where one can make an impact.